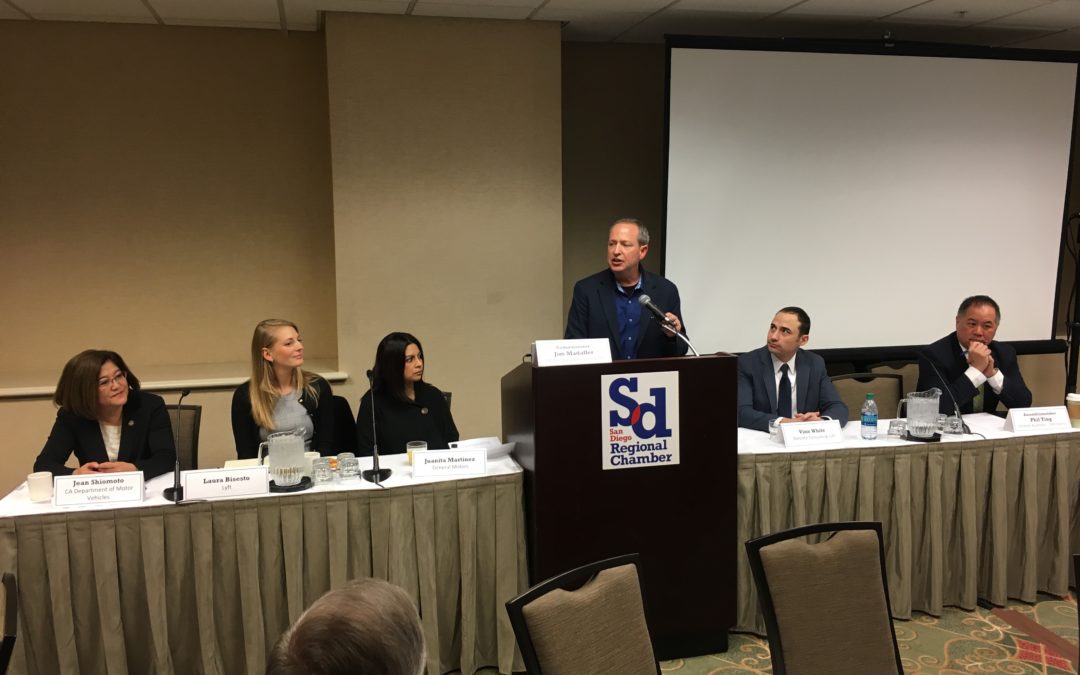 In his capacity as a member of the California Transportation Commission, Jim Madaffer moderated a panel on the future of autonomous vehicles during the San Diego Regional Chamber of Commerce’s 2018 Leadership Delegation to Sacramento.

Madaffer kicked off the panel by highlighting how many business and government sectors will be reshaped by autonomous vehicles over the next 10 to 20 years.

“We are experiencing a sea change in transportation unlike anything since Henry Ford invented the assembly line,” Madaffer said. “Changes in the transportation sector will affect how we build, rebuild and yes, fund transportation.”

At least a dozen automakers are already working on perfecting self-driving cars and several have secured partnerships with tech firms to develop the technology needed. Companies such as Lyft, Uber, Google, BMW, GM, and Ford are competing to introduce the first fully autonomous car.

“Autonomous vehicles will completely transform and fully automate our industrial supply chain, bringing a new dimension to our ports and to goods movement in general,” Madaffer said. “Fully autonomous vehicles could also reduce traffic congestion and accidents, currently 94 percent of which are due to human driver error.”

The Chamber’s Sacramento delegation included approximately 90 of San Diego’s most influential business and political leaders who participated in briefings and meetings with legislators, policy staff, lobbyists and appointed officials.